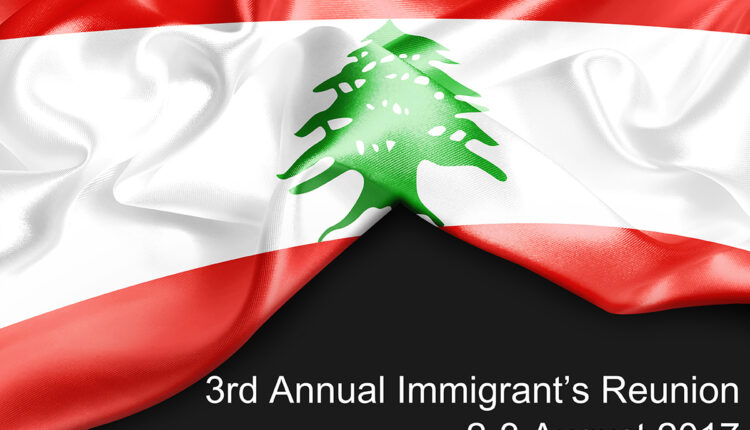 Please mark your calendars and save the date to attend the 3rd Annual Immigrant’s Reunion 2017 conference on 2- 3 August, 2017. We do believe that together we can achieve more and we can support our beloved country, Lebanon, at all levels.

LIBC members are more and more confident that Lebanon is increasingly regaining its privileged position on the economic and financial arenas in the region and in the world. May be the most fascinating about the Lebanese economic model is the noticeable sustainability over time despite the volatile operating environment on one hand and the persisting acute imbalances on the other hand. Lebanon’s long track record of historical sustainability in the goods market, money market and currency market rises as a noticeable appealing investment drive on the radar screen of investors and analysts carefully looking at Lebanon.

The large Lebanese Diaspora and its strong ties with the home economy lie at the heart of such an intriguing model. With a non-resident population of three times the resident population and offshore monetary holdings of more than 3 times GDP, the Lebanese economy today represents a typical model of an open economy with extensive links with abroad. Such a significant non-resident dimension represents important buffers to the domestic economy, translating into recurrent capital inflows, making up on a continuous basis at least a quarter of the country’s GDP.

We believe that the Diaspora’s perception of Lebanon’s potentialities and prospects is an important prerequisite for Lebanon’s further development and outgrowth. We are actually confident about the crucial role it can play, given the importance of the community it represents and the importance it enjoys in international business and financial circles. Hopefully, the interaction with distinguished Lebanese officials and executives in the 3rd Annual Immigrant’s Reunion 2017, and in other similar initiatives would improve further such perception and convictions.

We finally do believe that such an involvement on behalf on non-resident Lebanese in their native country cannot but provide them with numerous strategic advantages, in view of the crucial role that Lebanon is foreseen to play again in the Region and in the World at large.

In case I don’t get a chance to write again until after Christmas I want to wish everyone a safe and Happy Holiday.
Hope you and your families have a great, safe holiday and a happy new year.
Sincerely,
LIBC Founding President
Ned Fawaz

$3.4 billion in infrastructure projects being overseen by CDR

New Date of the Immigrant’s Reunion 2018

Lebanon In need of new energy