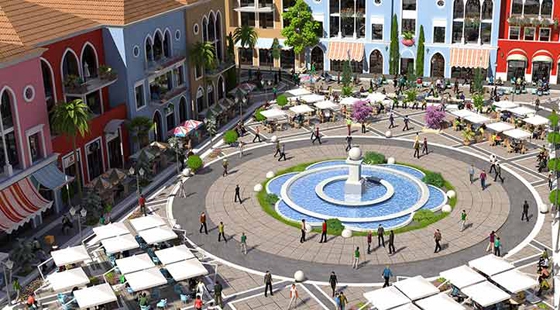 Two large gated communities are planned for Terbol, near Tripoli, and Damour, south of Beirut.

Elmirador de Terbol is a traditional Lebanese village concept by developers Ahmad Alameddine and Mohamad Malass. The 735,000 sqm project is divided into two phases. The infrastructure of the first phase, which covers around 300,000 sqm, is now complete. “The construction of villas, which begins in October, will take around two and a half years to finish,” said Malass.

The first phase includes 330 villas of sizes ranging between 220 and 580 sqm on plots between 450 and 2,000 sqm. The first phase also includes 50 plots that have already sold out in a year. Land was sold at $120/sqm, slightly higher than when the project first started.

“The second phase, which is still under design, will dedicate a 60,000 sqm area for a mall, a hotel, a school, a community center, restaurants, and an amphitheater,” he said.

Investments in the project are expected to reach $100 million.
Medyar is another large sized gated community in the pipeline in Damour. Developed by Tajco, the project has an overall area of 2.1 million sqm. Medyar has over 200 plots for sale. It will be divided into residential units, townhouses, and villas.

The project will also host a country club with a golf course as well as medical, hospitality, and educational facilities.

The Old City is the centerpiece of Medyar. It will be dedicated to hotels, cafes, bistros, shops and restaurants, swimming pools and sports courts, and possibly a cinema complex.

The starting price of the first phase, which includes all parts, except the villas, is between $400 and $600 per square meter.

We wish you a very blessed EID Mubarak

Lebanon emerging as one of the region’s most tech-savvy…