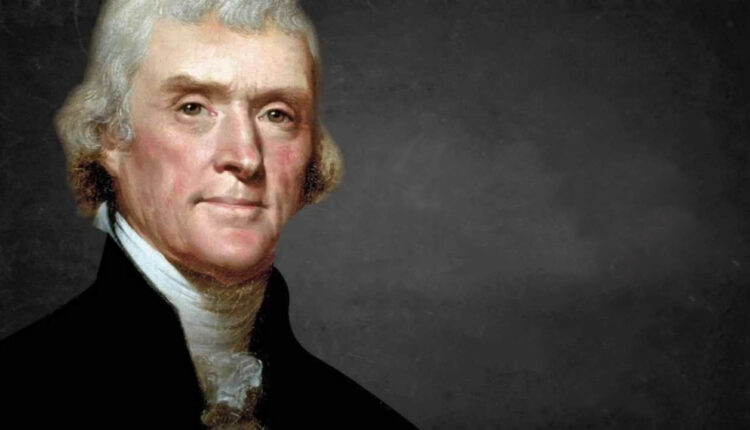 DNA testing carried out by University of Leicester geneticists and funded by The Wellcome Trust has thrown new light on the ancestry of one of the USA’s most revered figures, the third President, Thomas Jefferson.

Almost 10 years ago, the University of Leicester team, led by Professor Mark Jobling, together with international collaborators, showed that Thomas Jefferson had fathered at least one of the sons of Sally Hemings, a slave of Jefferson’s.

The work was done using the Y chromosome, a male-specific part of our DNA that passes down from father to son. Jefferson carried a very unusual Y chromosome type, which helped to strengthen the evidence in the historical paternity case.

Now, new techniques have been brought to bear on Jefferson’s Y chromosome, in a study reported in the American Journal of Physical Anthropology. The presidential chromosome turns out to belong to a rare class called ‘K2’, which is found at its highest frequency in the Middle East and Eastern Africa, including Oman, Somalia and Iraq. Its closest match was in a man from Egypt. Could this mean that the President had recent ancestry in the Middle East? A careful survey revealed a few K2 chromosomes in France, Spain and England. Together, the K2s form a diverse group that may, in fact, have been in western Europe for many thousands of years.

Further evidence for Jefferson’s British origins come from the finding that two out of 85 randomly recruited men named Jefferson share exactly the same Y chromosome as the President. Prof Jobling said: ‘The two men have ancestry in Yorkshire and the West Midlands, and knew of no historical connection to the USA. They were amazed and fascinated by the link, which connects them into Thomas Jefferson’s family tree, probably about 11 generations ago.’

The ultimate origins of K2 chromosomes remain a mystery, however, and need further investigation: while they may have been present in Europe since the Stone Age, another possibility is that K2s came to Europe with the Phoenicians, an ancient maritime trading culture that spread out across the Mediterranean from their home in what is now Lebanon.

Prof Jobling said: ‘When we look closely at large collections of British Y chromosomes we find surprises, like this rare K2 lineage, and the African chromosome that we recently found in a Yorkshireman. These exotic chromosomes remind us of the complexity of British history and prehistory.’

New Octopods from the Late Cretaceous of Hakel and Hjoula, Lebanon

Employee Loyalty in the MENA Region Poll: 79.4% are…