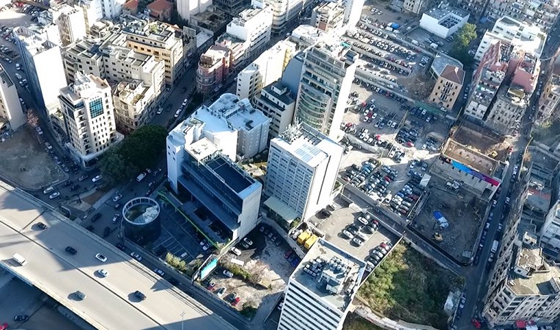 Lebanon has broken through domestic and external challenges to emerge as one of the region’s most tech-savvy and lucrative hubs for small businesses and entrepreneurial start-ups.

With a raging war in the neighborhood that is spilling over its borders, an election that refuses to kickoff, and sectarian strife that still plagues citizens to this day – the country has persevered to halt the “brain drain.”

After Banque du Liban (BDL) launched Circular 331 in 2013, an injection of $400 million into the country’s start-ups – the digital scene began to flourish.

Following this, local banks in Beirut would receive seven-year interest-free credit line from BDL that can be invested into treasury bonds with a 7 percent interest rate. This will commit the bank to invest in the knowledge economy.

As of today, Lebanon is home to over 200 startups, only second behind the United Arab Emirates, with many more set to emerge.

Brain drain
Last year, BDL hosted one of the biggest tech conferences in the world – Accelerate. The conference served as a “platform for the stakeholders of the entrepreneurship sector to meet on a large scale and increase the awareness of what is going on, both to the local community as well as abroad.” Elsa Moughabghab, MBA Graduate with emphasis on entrepreneurship, told Al Arabiya English.

“[Citizens] will benefit [from C-331] by creating jobs, and create/stimulate the sector, boosting the economy, putting Lebanon on the world map in terms of entrepreneurship, become more visible to attract foreign entrepreneurs and investors,” she added.

This created greater awareness about Lebanon’s capabilities and talent across the globe. A country with affordable and talented people began attracting incubators and accelerators in Beirut.

“Keeping the talent in Lebanon and operating in the country is more beneficial and affordable for companies,” Rabah said.

Lebanon’s brain drain is a well-known phenomenon, with between eight to 14 million of its citizens living abroad. This has created a talent deficit in a country that is in need of fresh, innovative people.

“College graduates are aiming more and more to work with startups as these are being viewed as engine of creation, thus potentially starting to reverse the brain drain that Lebanon suffers from as this ecosystem is providing hope to the new generations,” he added.

Success among start-ups
Lebanese startups such as Shahiya and Diwanee have become successful after being bought out by large, global companies.

Shahiya, an online Lebanese cookbook, was bought by Japan’s largest recipe portal Cookpad for a landmark deal worth $13.5 million. Diwanee, a digital media company operating across the Middle East, sold 51 percent of its equity for $12.75 million by Paris-based digital publishing company Webedia.

Such success stories have motivated and inspired creation of many startups, which in turn will aid the economy across the board.
“The circular itself targets the knowledge economy sector which includes the ICT sector as well as medical, engineering, fashion design, cinematography…” Moughabghab said.

“However, I think It will be impactful across the board because of the spill-over effect,” she added.

UN Welcomes Appointment of Members of the Lebanese…