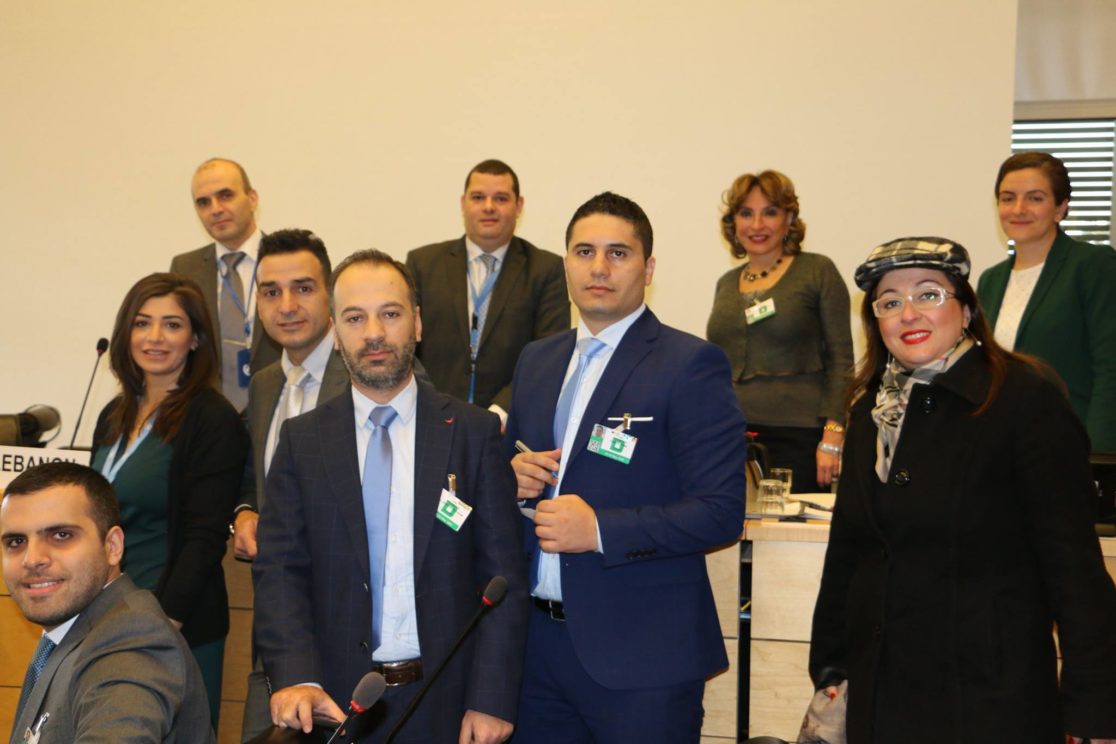 Since its ratification on 3 November 1972, the International Covenant on Civil and Political Rights has constituted an integral part of the Lebanese legal system. Photo Credit: upr-lebanon.org

The UN Human Rights Committee, which monitors implementation by States of one of the main international human rights treaties, the International Covenant on Civil and Political Rights (ICCPR), is meeting in Geneva from 12 March to 6 April 2018. The Committee reviewed Lebanon on (15-16 March).

Lebanon is among the 169 States that have ratified the ICCPR and so are required to be reviewed regularly by the Committee of 18 international independent experts. The Committee will also hear from NGOs and national human rights institutions.

On 5 April, the Committee will publish its findings (known as concluding observations) here, and is also scheduled to hold a press conference at 13:30 in Press Room 1 of the Palais des Nations.

Since its ratification on 3 November 1972, the International Covenant on Civil and Political Rights has constituted an integral part of the Lebanese legal system. Pursuant to article 2 of the Code of Civil Procedure, the Covenant has primacy over the provisions of ordinary law but not over the Constitution.

The State is fundamentally committed to guaranteeing respect for human rights and their integration into all domains. It is doing its utmost to improve its laws and practices in order to align the human rights situation in Lebanon with applicable international and regional treaties.

Lebanon is one of the countries that has borne the consequences of the political crises and wars in the region, including repeated attacks by Israel on Lebanese territory (the most destructive of which was the July 2006 War) and the assassination of the former Prime Minister in 2005, which had a serious impact on the internal situation. The political and security crisis in Syrian Arab Republic and the Arab region as a whole has also had repercussions on political and social life in Lebanon. It has manifested itself in escalating disputes between political groups and paralysis of constitutional institutions.

The Syrian crisis has had the most damaging impact on the functioning of the State. Rather than closing its borders, Lebanon admitted more than 1.5 million displaced Syrians. The State’s assumption of responsibility for providing them with decent living conditions led to increased socioeconomic and even security pressures and imposed fresh responsibilities on a State that has been struggling for years against the threat of terrorism, in the form of explosions in various regions of the country, the assassination of numerous political figures, war crimes in Nahr al-Bared camp, explosions in Ain Alaq, and other terrorist acts (including, most recently, explosions in Dahiya suburb and Verdun).

Despite all these difficulties, most of the rights enshrined in the Covenant are respected in Lebanon. The executive, legislative and judicial branches of government are working both separately and jointly to ensure that the State complies with its international human rights obligations under the Covenant. A number of laws and administrative decrees have been promulgated with that end in view. A number of bills were also drafted by committees attached to the Chamber of Deputies, but they have not yet been enacted owing to the above-mentioned difficult political situation, which impedes the full implementation of the Covenant. However, the implementation by the Chamber of Deputies of the National Human Rights Action Plan 2014-2019, which was announced on 10 December 2012, and the adoption by the Human Rights Committee and the Committee on Administration and Justice of the Chamber of Deputies on 8 April 2014 of a proposed bill to establish an independent national human rights institution reflect the State’s commitment to guarantee all civil and political rights.