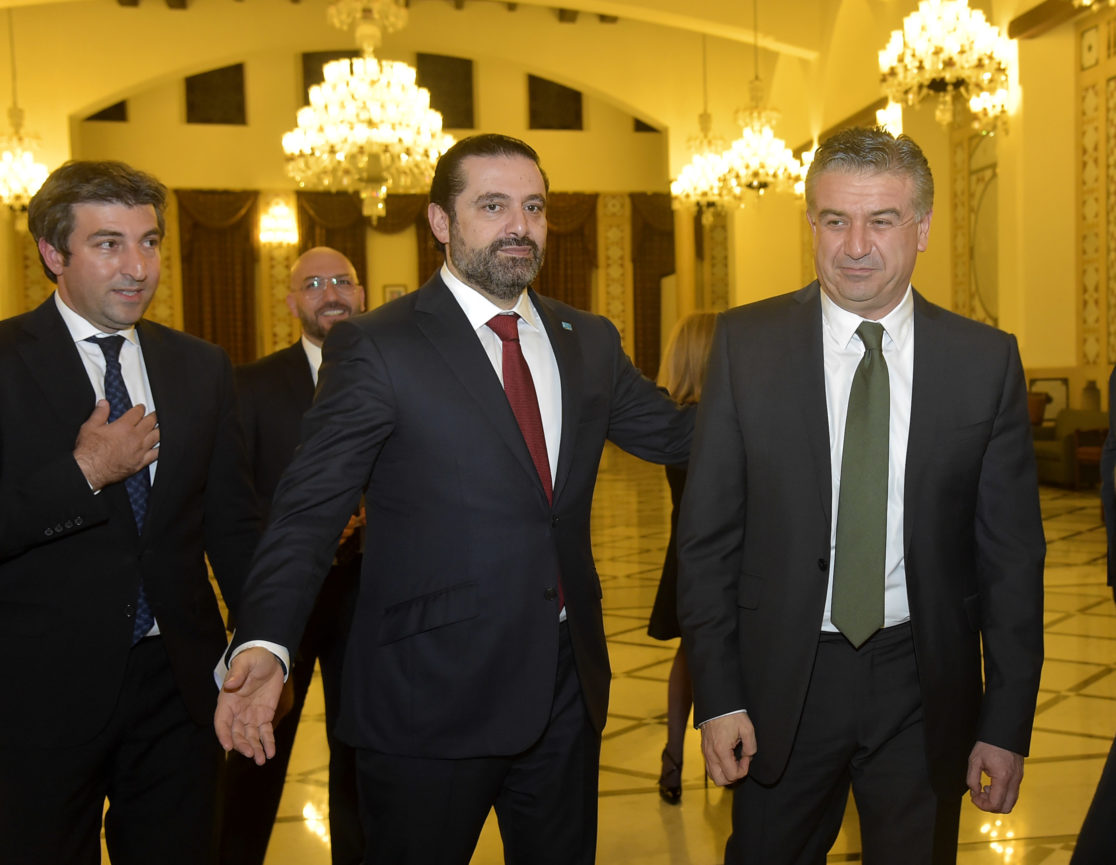 Hariri and Karapetyan held a joint news conference after meeting at the Grand Serail.

“We agreed on strengthening ties and cooperation in the banking sector to fund public, private and touristic projects,” Hariri said during the news conference.

Karapetyan noted that an agreement had been reached with Hariri to initiate a joint Lebanese-Armenian fund to support bilateral initiatives. “We also discussed developing solar energy and renewable energy systems,” he said.

Following this sit-down, Karapetyan met with Speaker Nabih Berri in Ain al-Tineh, discussing “cooperation” between the two countries’ parliaments, according to a statement released by Berri’s press office.

The Armenian prime minister later met with President Michel Aoun in Baabda Palace, according to an official statement.