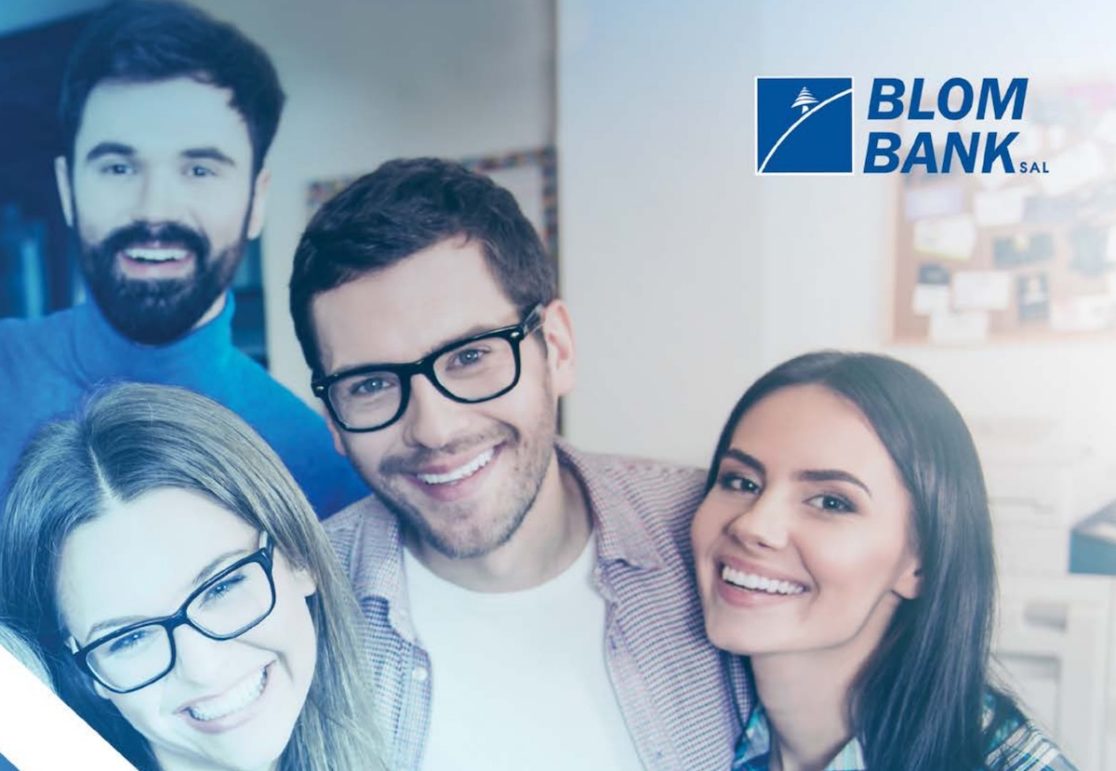 In 2016, BLOM BANK witnessed another successful year marked by a strong performance in profitability, a solid financial position, and a more diversified menu of products and services.
BLOM BANK’s status as the leading banking group in Lebanon was reinforced by continuing to be the most awarded bank. Awards received in 2016 and 2017 are:

BLOM BANK also continued to maintain the highest financial ratings in Lebanon. As such, the Bank has been repeatedly rated by Capital Intelligence, a Middle East-specialized rating agency, at “B”, which is the highest financial strength rating in Lebanon. Moreover, Moody’s maintained its foreign currency rating of “B2”, and S&P of “B-”. In 2016, as one of the largest and most profitable banks in the country, BLOM BANK’s net profit reached USD 462.83 million higher by 14.49% from 2015, while total assets attained USD 29.52 billion and total customers’ deposits stood at USD 24.81 billion. In terms of strategy, BLOM BANK continued to build on its geographic expansion and business services diversification. Foreign expansion not only spreads the risk of operating in Lebanon, but also diversifies the income base by taking advantage of the economic and business opportunities present in regional economies.

By 2016, BLOM BANK was present in 12 countries: Lebanon, Egypt, Jordan, Qatar, UAE, Iraq, France, Switzerland, England, Cyprus, Kingdom of Saudi Arabia and Romania. In addition, the Bank has developed further its branch network by opening two new branches in Lebanon, namely in Bekfaya and Chehim; noting, however, that Hamra Abed El Aziz branch merged with Hamra branch. Of interest also is the Bank’s signing of an agreement in November 2016 to buy the assets and liabilities of HSBC branches in Lebanon, a process that is expected to be completed in June 2017. The Bank has deconsolidated all its syrian operations effective year end 2016 (refer to note 14 in the Notes to the Consolidated Financial Statements for more information).

The other component of the strategy is to diversify business activities towards a universal banking model. As a result, the Bank has expanded the operations of its investment arm, BLOMINVEST BANK, by enhancing its private and investment banking and capital market activities. In addition, the Bank established its own BLOM Asset Management Company so as to give more institutional backing to the business of establishing funds and investment vehicles for retail and high net-worth investors that are diversified in their asset composition and geography. As a result, funds under the new Company’s management reached USD 622.29 million in December 2016, up by 236.77% from 2009. The aim from these managed assets is the diversification in the sources of income that gives increasing share to noninterest income. BLOM BANK will continue to pursue its growth strategy in the coming years by capitalizing on its distinguished resources and capabilities and its successful business model.