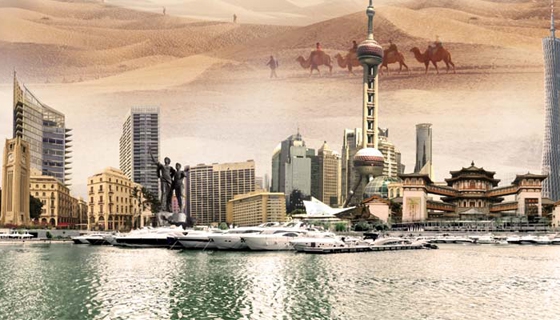 The Silk Road Chamber for International Commerce (SRCIC) is ready to grant $2 billion in loans with low interest rates to the local market, according to Adnan Kassar, Chairman of the Economic Bodies and the founding father of Lebanese-Chinese relations.

“Tapping these funds is strictly tied with the government’s ability to put forth economic projects with benefit to the road,” Kassar, who is also the honorary Chairman of the SRCIC, said.

The allocation is part of a $5 billion Silk Road International Development Fund that aims to finance deals introduced by SRCIC members.

Kassar said that the hands of the private sector are tied without the support of the government.

“Local officials have to express their willingness to cooperate with China in order for the country to benefit from the Silk Road,” he said.

Lu Jianzhong, Chairman of the SRCIC, said: “There are many benefits to being part of the road as the chamber collaborates with chambers of 63 countries through which the road passes. These chambers represent over ten million companies.”

According to Jianzhong, these companies can create a network to integrate their resources and cooperate with each other through seven subcommittees under the SRCIC.

“China needs to export its products through this country, which plays an indispensable role in trade,” he said.

“Last year alone, 120 million tourists from China traveled the world. The local market can receive a large part of this figure if touristic ties are promoted,” he said.

Nadim Kassar, General Manager of Fransabank, said: “China recognizes the importance of our country, although it is not a very large market, but this country provides openness to Arab countries.”

Kassar said China is interested in rehabilitating infrastructure in some of these Arab countries, in partnership with local businessmen.

“The private sector can play an important role, especially if privatization is approved. This will require cooperation with the Chinese counterpart,” he said.

He said that Fransabank is ready to introduce companies to each other and to finance some of their projects.