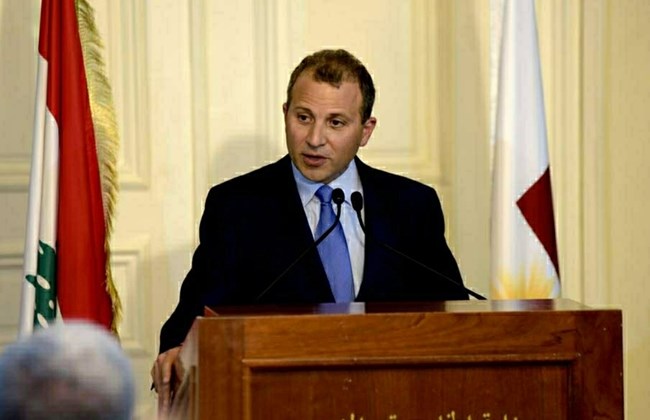 He added: “Lebanon, without its philosophy and culture, will go to the advantage of refugees and terrorists.”

At the ceremony held under the patronage of Lebanese charge d’affaires in South Africa Ara Khatchadourian, Bassil compared the political agreements in Lebanon to those which led to the fall of the Berlin Wall.

“Twenty-five years ago the wall between East and West Berlin was destroyed and in Lebanon, after 15 years we destroyed some of the walls dividing [Beirut] politically, socially and economically” Bassil said referring to new national partnerships.

However, he added that “I think we achieved some success, but we still have a long way to go.”

He urged the Lebanese diaspora to hold onto their national identity without losing their affiliations to their country of residence.

Bassil was speaking at the second day of the Lebanese Diaspora Energy Conference launched Thursday.

“Lebanon is made of Christians and Muslims and if either is eliminated, the country and the diaspora will not remain,” Bassil warned in the statement issued by his press office Friday.

Reiterating calls on expats to restore their nationality, he said, “Don’t let Lebanon die, but let it thrive and breathe by restoring your citizenship and your ‘Lebanonism.’”

Later in the day Friday, Bassil met with the South African Foreign Minister Maite Nkoana-Mashabane where the two renewed bilateral ties calling for a future agreement to annul the requirement of travel visas between Lebanon and South Africa.

Bassil noted that flights offered to Africa from Beirut by the Middle East Airlines would help spread the Lebanese culture and language.

Meanwhile, after inviting Mashabane to Lebanon for the upcoming diaspora conference in May, Bassil questioned the lack of supervision by international organizations on Israeli aggressions in the area.

“Changes are necessary today as well as a solution from the United Nations on countries like Israel who are operating outside of international law,” Bassil said.

Bassil also touched on the recent immigration policies from U.S. President Donald Trump, saying Lebanon was not one of the seven countries from which nationals were banned from entering America. “Lebanon may have used the same practice but it carries a different message and that is to accept others who are suffering in dangerous times.”

Foreign Minister Gebran Bassil said that the Lebanese managed to “break political walls” by accepting each other and restoring partnership.

“I think we achieved some success, but we still have a long way to go,” Bassil said during a reception held in his honor in the South African capital of Johannesburg.

He urged the Lebanese diaspora to hold onto their national identity without losing their affiliations to their country of residence.

“Lebanon is (comprised of) the Christian and the Muslim and if either was eliminated, the country and the diaspora would not remain,” the FM warned in a statement issued by his press office Friday.

He called on expats to restore their nationality. “Don’t let Lebanon die, but let it thrive and breathe by restoring your citizenship and your Lebanism.”

In November 2015, Parliament approved a draft law allowing foreigners of Lebanese descent to apply for citizenship. The Free Patriotic Movement, headed by Bassil, and the Lebanese Forces were major proponents of the law.

Bassil made his remarks Sunday evening in a meeting in the Democratic Republic of Congo’s capital of Kinshasa.

He addressed Lebanese expats, saying: “You should work on that to be granted the right to participate [in the upcoming elections], which will not happen if the current [1960 voting system] remains.”

“Change is a path that will grant you the right to have representatives in the Parliament and a direct ability to influence and [cast] votes.”

Bassil last week said at the Lebanese Diaspora Energy Conference in the South African capital of Johannesburg that the Lebanese diaspora will be represented by six MPs once a new parliament is elected.

The current electoral law is divisive, he continued.

“We must work together … to pass an equality vote law that achieves justice and promotes unity, immunity and cohesion of the society,” Bassil added.

Lebanese are divided on the aspects of the new electoral law that will govern parliamentary elections in May.

Kabil, according to a statement issued by the Foreign Minister, hailed Lebanon’s efforts to “fortify ties [with Congo] by reaching swift agreements in various fields, particularly economic.”