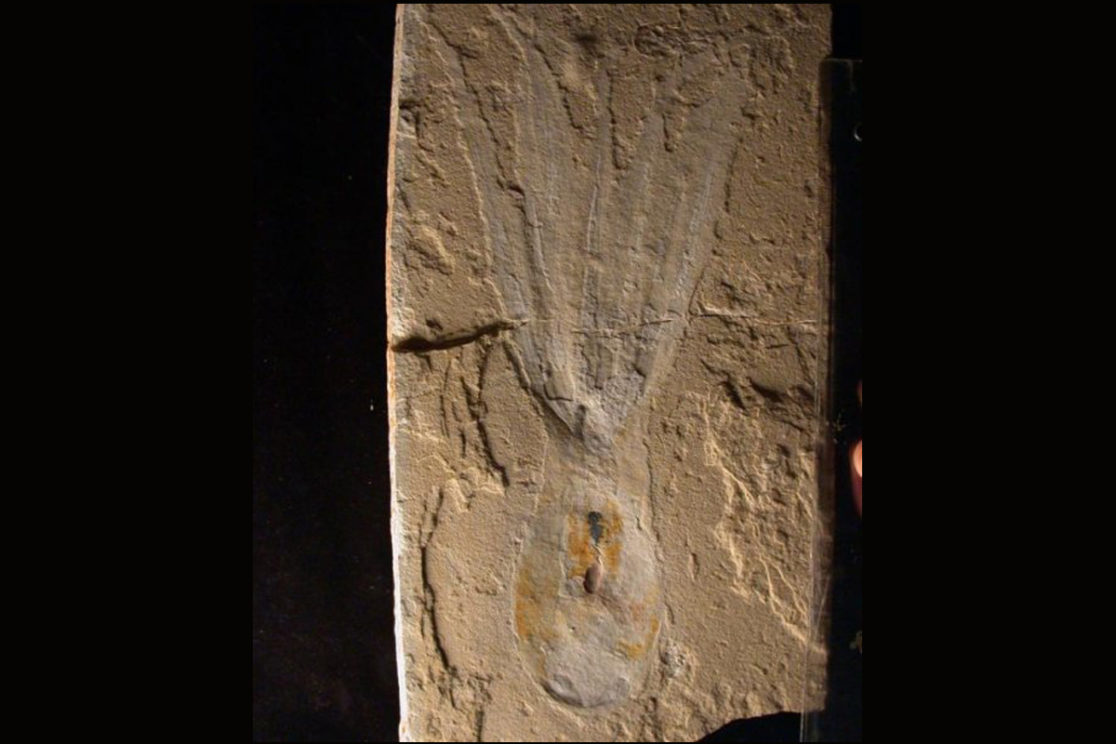 The finds of 95 million year old fossils, in 2009, reveal much earlier origins of modern octopuses. These are among the rarest and unlikeliest of fossils. The chances of an octopus corpse surviving long enough to be fossilized are so small that prior to this discovery only a single fossil species was known, and from fewer specimens than octopuses have legs.

Even if you have never encountered an octopus in the flesh, the eight arms, suckers, and sack-like body are almost as familiar a body-plan as the four legs, tail and head of cats and dogs. Unlike our vertebrate cousins, however, octopuses don’t have a well-developed skeleton. And while this famously allows them to squeeze into spaces that a more robust animal could not, it does create problems for scientists interested in evolutionary history. When did octopuses acquire their characteristic body-plan, for example? Nobody really knows, because fossil octopuses are rarer than, well, pretty much any very rare thing you care to mention.

The body of an octopus is composed almost entirely of muscle and skin, and when an octopus dies, it quickly decays and liquefies into a slimy blob. After just a few days there will be nothing left at all. And that assumes that the fresh carcass is not consumed almost immediately by hungry scavengers. The result is that preservation of an octopus as a fossil is about as unlikely as finding a fossil sneeze, and none of the 200-300 species of octopus known today has ever been found in fossilized form. Until now, that is.

Palaeontologists have just identified three new species of fossil octopus discovered in the Late Cretaceous (Upper Cenomanian) of Hakel and Hjoula, Lebanon. The five specimens, described in the latest issue of the journal Palaeontology, are 95 million years old but, astonishingly, preserve the octopuses’ eight arms with traces of muscles and those characteristic rows of suckers. Even traces of the ink and internal gills are present in some specimens. ‘

“These are sensational fossils, extraordinarily well preserved,” says Dirk Fuchs of the Freie University Berlin, lead author of the report. But what surprised the scientists most was how similar the specimens are to modern octopus: “these things are 95 million years old, yet one of the fossils is almost indistinguishable from living species.” This provides important evolutionary information. “The more primitive relatives of octopuses had fleshy fins along their bodies. The new fossils are so well preserved that they show, like living octopus, that they didn’t have these structures.” This pushes back the origins of modern octopus by tens of millions of years, and while this is scientifically significant, perhaps the most remarkable thing about these fossils is that they exist at all.