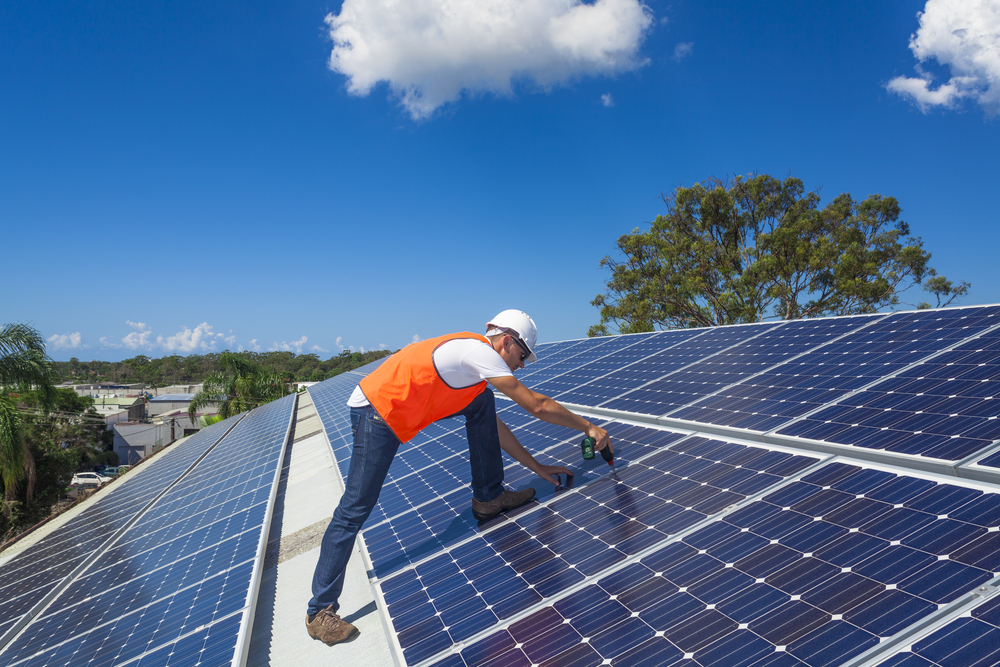 Around 9.45 megawatts (MW) of solar photovoltaic (PV) systems were installed by the end of last year, according to the first Solar PV Status Report for Lebanon 2015.

Jil Amine, Project Manager of DREG, said: “Last year saw a growth rate of 150 percent compared to 2014. We estimate that this year, growth will be upward of 200 percent.”

Total investment in the solar PV sector up to the end of 2015 reached around $31 million.

“We are even seeing bigger projects this year,” Amine said.

The top four sectors leading the solar PV market are the commercial sector with two megawatts peak (MWp) at 22 percent, the residential and agricultural sectors with 1.7 MWp at 18 percent each, and the industrial sector with 1.6 MWp at 17 percent.

“The industrial sector could benefit the most from renewable energy and energy efficiency applications because energy is one of their highest operational costs,” Amine said.

The top three project types in the solar PV market are hybrid, 40 percent, on-grid with batteries, and PV pumping at 17 percent each.

The estimated monetary savings from all solar projects grew from $191,000 per year in 2010 to seven million dollars per year in 2015. These are the savings reaped by the operators of PV systems by deferring a portion of their electricity consumption from the national grid and diesel ‘gensets’ (generator sets) to PV electricity generation.

The estimated emissions savings from all solar PV projects increased from 351 tons of carbon dioxide per year to 18,000 tons in 2015.