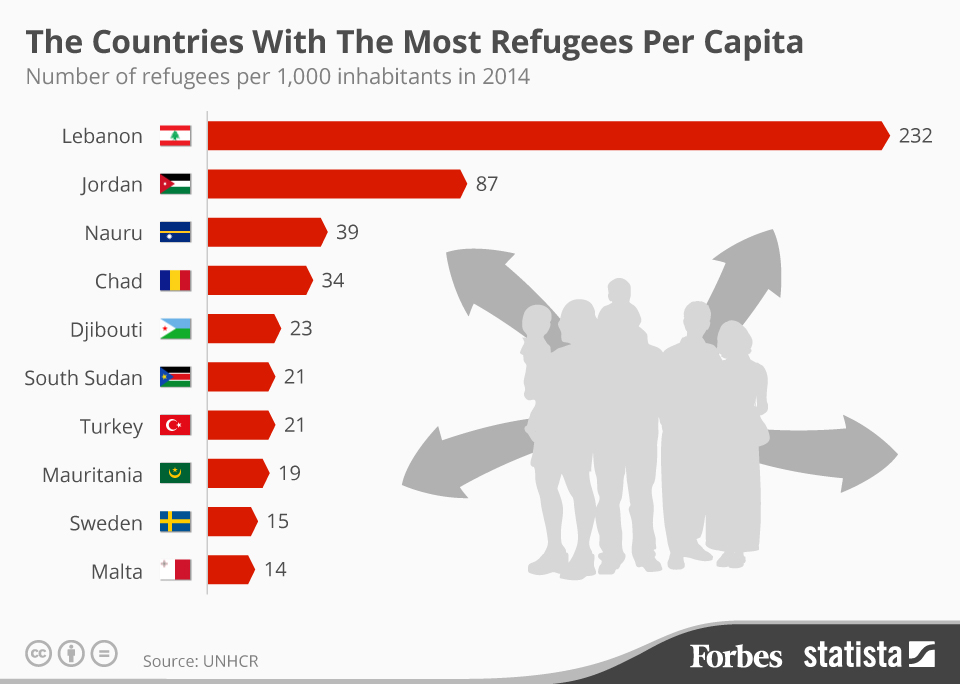 The number of people displaced by war and persecution around the world has reached a record high, according to a new UN report. One in every 122 humans globally is either a refugee, internally displaced or seeking asylum. The report states that if this were the population of a country, it would be the 24th biggest in the world.

By the end of 2014, 59.5 million people were forcibly displaced, compared to 51.2 million a year earlier. Turkey has now become the world’s largest refugee-hosting nation with 1.59 million, due to the conflict in neighboring Syria. However, when it comes to refugees per capita, Lebanon is in first place by a considerable distance. There are an estimated 1.15 million refugees in Lebanon altogether, equating to 232 per 1,000 inhabitants.

Before the crisis in Syria erupted in 2011, Lebanon hosted just 8,000 refugees. During 2014, however, 403,600 Syrian refugees were newly registered, quickly pushing the country’s socio-economic absorption capacity to the limit.