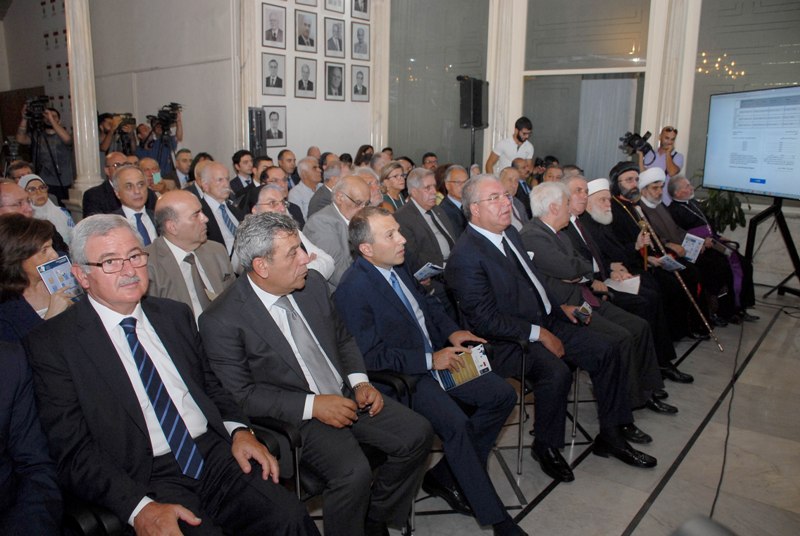 Foreign Minister Gebran Bassil called Wednesday for unity to implement the nationality law for the Lebanese diaspora, saying that anyone of paternal Lebanese origin should be allowed to attain citizenship regardless of their sect.

Bassil has in the past expressed his strong opposition to the naturalization of both Palestinian and Syrian refugees residing in Lebanon. He has, however, been at the forefront of the campaign to allow people across the world with Lebanese roots to be granted citizenship.

Bassil accused the international community of trying to consolidate the presence of Syrian refugees in Lebanon, at a time when the country is trying to find ways to secure passage for their return.

Lebanon is home to more than 1 million Syrian refugees who entered Lebanon after the neighboring crisis erupted in 2011.

“This campaign cannot succeed without a national workshop that includes everyone. This is not a success for one [side], but a success for all the Lebanese,” Bassil said.

In May, Bassil said Lebanese consular and diplomatic missions in all countries with large Lebanese communities would begin all necessary procedures for Lebanese to gain citizenship.

Interior Minister Nouhad Machnouk, who also gave a speech at the event, said that while this is a first step to the campaign, the effort falls on Bassil for its success.

The Lebanese Parliament approved a draft law in November 2015, which allows foreigners of Lebanese origin to get citizenship. That was a major demand of the Free Patriotic Movement and the Lebanese Forces.

There are millions of Lebanese descendants living across the world, most of whom are Christians living in Latin America. The number of people who can trace their roots back to Lebanon is much higher than the number of residents living in Lebanon.