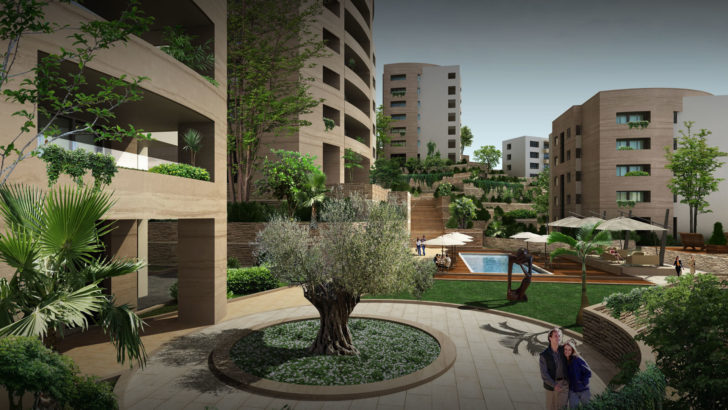 Demand for properties in Lebanon in the first quarter of 2016 fell by more than 12 percent due to political uncertainties and economic slowdown, according to Byblos Bank Real Estate Demand Index. “The results show that the Byblos Bank Real Estate Demand Index posted a monthly average of 42.5 points in the first quarter of 2016, representing a decrease of 12.5 percent from 48.5 points in the fourth quarter of 2015. The results constitute the ninth steepest quarter-on-quarter decline on record and the ninth lowest level in 35 quarterly readings,” the bank said in a statement Tuesday.

The study is based on a monthly survey of 1,200 Lebanese regarding plans to buy or build housing.

“The decline in housing demand in the first quarter of 2016 was reflected in the answers of consumers to the Index’s survey questions, as 4.8 percent of Lebanese residents had plans to either buy or build a home in the coming six months, the ninth lowest quarterly percentage on record,” the statement said.

It added that “7.2 percent of residents in Lebanon, on average, had plans to buy or build a house in the country between July 2007 and March 2016, with this share peaking at 14.8 percent in the second quarter of 2010.”

The economic slowdown and the paralysis of the government and public institutions have dealt a blow to the country.

The real estate market was seen as one of the most lucrative sectors in Lebanon before the Syrian war broke out in 2011. Most foreign direct investment in Lebanon was channeled to real estate.

Nassib Ghobril, chief economist and head of the Economic Research and Analysis Department at the Byblos Bank Group, said the drop in property demand is not surprising as a result of the political crisis and economic slowdown.

“The results of the first quarter show that real estate demand in Lebanon continues to be significantly affected by the high level of political uncertainties, slow economic growth environment and the low level of consumer confidence,” the statement quoted Ghobril as saying.

He argued that the high asking prices for apartments are among the reasons that discourage Lebanese from buying property.

“The still-elevated asking prices, especially when compared to the per capita income of resident Lebanese, as well as job insecurity and declining work opportunities, are keeping local demand for residential real estate at low levels,” Ghobril said.

“Buying a house constitutes one of the most important investment decisions for the Lebanese, and the value of a house is usually the single most important nonfinancial asset for resident Lebanese. As such, Lebanese households are postponing decisions to make this kind of investment in the prevailing circumstances,” he added.

He also noted a change in the real estate market since the heady days of 2010.

“Market dynamics have gradually shifted from a sellers’ market prior to the fourth quarter of 2010 to a buyers’ market since then, and this trend has solidified since 2014 and is reflected by the Index’s first quarter results,” Ghobril said.

This, however, does not necessarily bode well for the sector.

According to the economist, “The current stagnation in the residential real estate market is unlikely to be reversed without a positive political shock of the magnitude of the Doha Accord.”